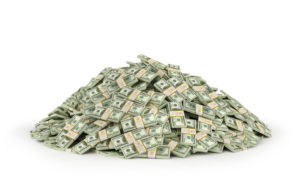 Tikehau Capital is to raise a private debt secondaries fund after having appointed a strategy head last year.

The fund will launch at some point in the second half of the year, according to a statement on the Paris-headquartered manager’s first-half results. Tikehau hired Olga Kosters to lead its new private debt secondaries operation in November. She came from three years with StepStone Group, where she was head of its US private debt advisory practice.

The firm has made credit secondaries investments off the balance sheet in the past year, according to a source with knowledge of the matter.

According to Secondaries Investor data, Pantheon is the only firm which has launched a dedicated debt secondaries fund. Groups such as Manulife Investment Management, Coller Capital and Strategic Partners are understood to have an allocation to the strategy.

In this year’s LP Perspectives Survey from sister title Private Debt Investor, 60 percent of investors said they have no intention of going into private debt secondaries, with a further 28 percent unsure and only one in 10 likely to do so.

In its results on Thursday, Tikehau said it has continued to grow its assets under management despite lockdowns being imposed across much of Europe during the second quarter. Year-on-year AUM growth was 9.8 percent, bringing its total to €25.7 billion, with Q2 growth of 1.2 percent.

The firm added that its fundraising targets remain on track and it hopes to reach more than €27.5 billion in assets by the end of the year and will aim for €35 billion by the end of 2022.

John Bakie contributed to this report.