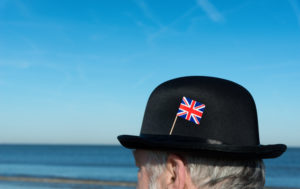 Liz Soutter, a fund finance-focused partner at Mayer Brown, told PEI some banking clients had raised concerns with her about the potential impact of Brexit on finance available at the fund level.

“Given the amount of dry powder out there, we do not anticipate demand for financing to fall,  but interestingly funds are also paying close attention to their fund documentation in the event they need to build in flexibility for the future,” Soutter said.

One London-based dealmaker, who asked not to be identified, said that while some of the more exotic debt packages – for example, so-called payment in kind or “PIK” notes – may now be off the table, the amount of senior debt available had remained stable. PIK instruments are popular with borrowers because they offer flexibility in paying interest: instead of handing over cash on each payment date, the borrower can issue additional securities, for example.

“Whereas you might have had five turns of senior debt and a PIK note adding a further three – taking you up to eight times debt – you are probably now working based just on the senior,” the dealmaker said.

Earlier in this month Stewart Licudi, head of European financial sponsors coverage at investment bank William Blair, told PEI that while leverage availability may be tighter, private equity firms are equipped to deal with it.

“Where traditionally you might have put 50 percent of debt in, maybe you’re only going to put 30 percent debt in,” Licudi said. “Private equity [managers] are professional deployers and collectors of capital. If, to do a good deal, you’ve got to put more [equity] in and less debt in order to deliver your return, these guys are quite well-versed at being able to do that.”

Steve Bachelor, director at HgCapital in London, said that while Brexit had had “a little bit” of an impact on deals, more generally “people have reacted in a sanguine, calm way.”

“There was a period – a few days – of definite immediate uncertainty, but now we have a new Prime Minister and cabinet in place, people have moved on and seem to be distracted to some extent by other global events,” said Bachelor.