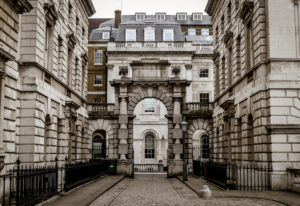 Some of the biggest private firms have shown an interest in renting larger office spaces in the West End in recent months. The Carlyle Group is taking a 63,500 sq ft office space at the new St James’s Market development, relocating from a smaller space in Mayfair’s Berkeley Square. The new development between Haymarket and Regent Street is expected to be completed by June. However, the firm is not planning to move into the office until 2017, Andy Tyler, partner at Cushman & Wakefield told sister publication pfm.

Coller Capital is also relocating from its current location in Cavendish Square to a 28,101 sq ft space in the newly built Park House development in Mayfair next month. Coller’s current lease is due to expire and the new space allows the firm’s whole London-based team to be located on a single floor, a spokesperson for Coller told pfm.

“It’s quite hard to find office space in the West End with a sufficiently large floor-plate,” the spokesperson said.

Advent International is also moving from Buckingham Palace Road in Victoria into a bigger space in the same area this year, according to the Cushman report. The firm is taking 25,000 sq ft office space at Nova South, opposite Victoria Station on a 15 year lease. Nova South is a joint venture between Land Securities and Canada Pension Plan Investment Board, which is under construction and expected to be completed by July.

The relocations follow those made by other private equity firms last year including Pantheon Ventures, TPG Capital and Anacap Financial Partners. Pantheon moved from St James’s last year and the firm is now located in a 16,345 sq ft city office space in Finsbury Square, in the City of London. Anacap relocated to a 16,148 sq ft space in Stephen Street, north of Oxford Street.

Cushman & Wakefield has seen a 155 percent rise in square footage take-up from financial services firms in Mayfair and St.James’s in the past two years, which are prime rent locations costing around £120 ($175; €154) per sq ft to rent annually, according to Tyler. The firm has also seen a 50 percent increase in square footage take-up from financial sector firms relocating to Victoria, where prime rents have reached around £85 per sq ft to rent and may be part of an increasing trend for firms to look beyond the core Mayfair areas.

The reason for the increase in take-up of bigger spaces could be down to a number of factors, said Tyler, including a rise in staff headcount or changes in leases. He added, “There is a degree of caution at present and we are seeing prospective occupiers take a pause and await the outcome of factors such as the Brexit vote, which could affect head count growth within firms.”