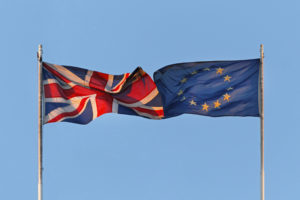 Despite uncertainty around Britain’s future with the European Union (EU), the private equity industry should consider the impact that a potential “Brexit” could have on investment and marketing decisions over the coming months.

UK fund managers planning to go to market at or around June 23 – when Britain plans to reach a decision on exiting the EU – may have to consider how they will go about raising capital in continental Europe, Sally Gibson, partner in Debevoise’s investment management group told sister publication pfm.

If Britain were to exit the EU, it could result in pre-Brexit UK fund managers becoming non-EU fund managers that do not have access to the EU marketing passport, said Gibson.

“I imagine there will be some interim period for the crossover, but it is not clear what the fund manager’s position will be during this interim period,” said Gibson.

According to Andrew Hood, senior director of international trade and government regulation at Dechert, GPs should be thinking about the potential effects of Brexit in order to demonstrate to both investors and boards that they have thought about it and can respond as quickly as necessary post-vote.

If British voters decide to exit Europe, a decision will need to be made about whether Britain wants to be free from EU regulations or should push to become part of the European Economic Area (EEA). The latter would allow Britain to be part of the EU’s single market and means it would receive a large number of benefits, however, it would not reduce EU regulatory burdens.

“The government are going to have to decide what the ‘no’ vote represents. Does it mean we want to be entirely shot of the EU including all the regulation that goes with it, or does it simply mean that we want to downgrade to an EEA type arrangement?” said Roger Matthews, senior director of international trade and EU at Dechert.

Another question being posed is whether Britain will decide to keep EU regulations such as AIFMD if it leaves the EU and does not become a part of the EEA.

“I can imagine there might be quite a sense that Britain will keep it [AIFMD], for one of two reasons: either simply because it’s now there and everyone’s adjusted to it; or because it’s the same regulation that everyone has in the EU and if there’s consideration of extending passporting to non EEA firms… then we [Britain] would be well-placed to benefit from it if we have substantively the same regulation that the EU has,” said Matthews.

According to Matthews, the difficulty at the moment is that nobody knows which way that political decision will go, either for AIFMD or for any other aspect.

An average of six polls taken in the last three weeks show 49 percent of British voters are in favor of exiting the EU, according to the What UK Thinks: EU Poll of Polls.

However, “if regulations are going to exist in the EU and firms want to have a relationship with the other member states, it may depend on what the passporting situation looks like,” added Hood.