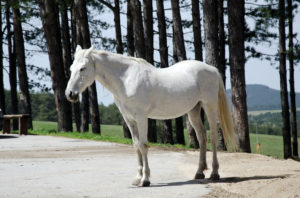 The Toronto-headquartered preferred equity specialist hired Sebastien Siou and Nadeem Kheraj, according to a statement obtained by Secondaries Investor. Siou joins as a senior principal and Kheraj as a principal. They bring the firm’s total staff number to 34.

“We continue to focus on scaling the team to capture the market opportunity we have created,”  said Yann Robard, Whitehorse managing partner. “We are confident that the addition of Sebastien and Nadeem will only help accelerate our momentum further.

The firm also promoted Julian Mirsky, who joined the firm in 2017, to senior principal.

Siou topped the Young Guns of Secondaries Class of 2018 ranking and was described by private equity industry veteran Thomas Lee as “bright, articulate and poised”. He is understood to have driven the Enfoca GP-led restructuring last year, the largest such Latin American deal at $950 million.

It is understood that Siou and Kheraj will be starting at Whitehorse in the summer. Their appointments bring the total number of former CPPIB staff at the firm to at least six.

Whitehorse is seeking $1.5 billion for its third vehicle, according to Secondaries Investor data. It had raised at least $932.6 million as of April, according to two filings with the Securities and Exchange Commission.

CPPIB’s secondaries team is led by Michael Woolhouse in Toronto and Nik Morandi and Louis Choy in London. The team has around 20 investment professionals within its secondaries group.

Whitehorse was formed in 2015 and raised $1.4 billion in committed capital across its first two funds. It has closed or committed to 32 transactions worth more than $2 billion, according to the statement.