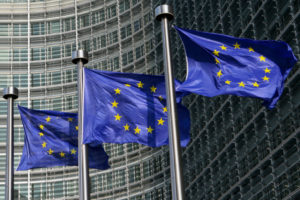 BlackRock warned yesterday that it sees volatility in UK and European assets ahead of the UK vote expected at the end of June on whether to leave the European Union.

In a report entitled “Big Risk, Little Reward”, the US asset manager said of a British exit from the EU that “our overarching view from an investor’s perspective: the likely negative impact on the UK economy is more concrete than any speculative long-term positives”, with the impact on trade and investment inflows the most important.

The report noted that “sterling is most vulnerable to Brexit fears” with implications for UK focused companies as BlackRock “expects large cap overseas earners to outperform as sterling falls”.

The fund manager joins a growing chorus of voices from within the industry expressing their thoughts on the consequences of the UK staying in or exiting Europe.

We want to know where you stand.

Please click through to our short (and anonymous) four-question poll that asks:

Brexit: In or Out?