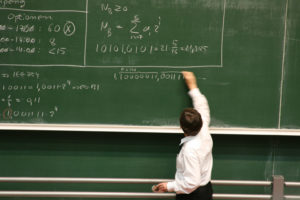 Universities Superannuation Scheme, one of the UK’s largest public pensions, has sold another portfolio of private equity fund stakes to Ardian as it faces a growing liabilities deficit.

The pension offloaded the bundle worth around £800 million ($1.1 billion; €907 million) to the Paris-headquartered firm in a process advised by Park Hill, according to two sources familiar with the deal.

Details of the portfolio, such as the vintages and strategies, were not disclosed.

This is at least the second large portfolio USS has sold to Ardian. In December 2015, the pension offloaded interests in 13 private equity funds with assets and unfunded commitments worth around £640 million.

That deal involved stakes in funds managed by Bridgepoint, Apax Partners, Trilantic Capital Partners and Bridges Fund Management and was advised by Evercore, as Secondaries Investor reported. Ardian syndicated the deal with secondaries buyers including Lexington Partners and Hamilton Lane, according to UK regulatory filings.

USS has been facing a rising deficit: its assets grew 20 percent to £60.5 billion while its liabilities rose 21 percent to £72.6 billion in the year to 31 March, according to its latest annual report. Liabilities increased amid a falling discount rate and lower yields on index-linked Gilts, the report noted.

In mid-November, USS announced it was forecasting a funding deficit of £7.5 billion based on a revised future average annual returns forecast of CPI + 0.71 percent.

Private equity through pooled investment vehicles accounted for almost £8 billion of USS’s portfolio as of 31 March. The pension has a 10 percent target allocation to the asset class, according to PEI data.

Ardian is investing its 2015-vintage Ardian Secondary Fund VII vehicle. The fund, which includes $10.8 billion for secondaries, was 34 percent committed across nine deals as of June, according to a document outlining the fund’s performance obtained by Secondaries Investor.