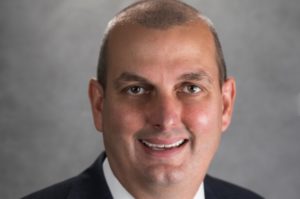 Teacher Retirement System of Texas‘s chief investment officer Jase Auby has said secondaries are not a “major tool” for how the $157.6 billion pension plans to re-orient its private markets portfolio to more principal investments over fund investments.

“We recognise secondary sales as a tool,” Auby said during a press call on Friday. “It is something that we have done selectively, although it hasn’t been a major tool that we’ve deployed yet.”

Auby, who became CIO in December, was not referring to a specific sale. In September, sister publication Buyouts reported that Texas Teachers was shopping a private equity portfolio worth as much as $3 billion. Texas Teachers had no comment at the time.

A Texas Teachers spokesman again declined to confirm the potential sale and said Auby’s statement was “accurate where he says it is a tool we have done selectively (not necessarily related to a specific sale).”

On the call, Auby said Texas Teachers was looking to switch its private markets holdings to more principal investments (direct and co-investments) over fund investments.

Auby did say the pension will focus on “building deep relationships” with their private equity managers, “building deep teams, organising ourselves across industry verticals to have deep knowledge of industries and to be able to give credible yes-no responses to the opportunities that come our way.”

Auby told reporters there were no plans to build further relationships such as the massive strategic partnerships Texas Teachers has with KKR and Apollo Global Management, which hit a rough stretch last year, as Buyouts reported, but have reaped positive long-term returns.

“We do feel like we’re in a happy zone with two of them at this point in time,” Auby said.

One tool Auby confirmed the pension was using was co-underwriting, as sister publication Private Equity International reported last year. That involves an LP working with a GP on a potential deal before the GP has even won the deal. Co-underwriting is by nature more uncertain and more labor-intensive than syndicated co-investments, that is, when a GP brings a finished deal to an LP and simply asks for an investment.

“The hit rate is much lower [in co-underwriting],” Auby said. “We define co-underwriting as a transaction that you agree to with a manager before the manager has won the deal. By definition, a manager does not win every deal, so you end up underwriting a lot more deals than you ultimately close, and that’s why it’s much more resource-intensive. But that is one of the keys to increasing the percentage of principal investments in the portfolio.”

“That’s certainly one of the main drivers for our increase in principal investment efforts that we have ongoing,” he said.

Texas Teachers said in December that Auby would be taking over from Jerry Albright, who joined the pension in 1994 and had served as CIO since 2017. Albright will stay on for now under the title senior managing director, global investment initiatives.

As of 30 September, Texas Teachers’ trust was valued at $157.6 billion, with $23 billion of that in private equity, about 14.7 percent of the total portfolio.