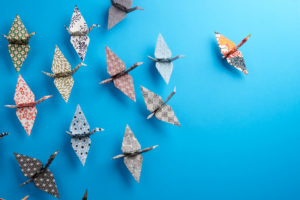 Origami Capital Partners, which targets assets that are trapped in illiquid fund structures, has surpassed the target of its latest flagship fund.

The Chicago-headquartered firm has raised $518.6 million for Origami Opportunities Fund IV from an onshore and offshore vehicle, according to a pair of filings with the Securities and Exchange Commission. Connecticut’s Metric Point Capital is listed as a placement agent.

The fund could go on to raise another $481.3 million, the filings suggest.

Sister publication Buyouts reported in June that Fund IV had held a $300 million first close on the way to a $500 million target.

Origami seeks deals of between $10 million and $50 million in assets trapped by litigation, debt or other restrictions. It aims to unlock the value through fund restructurings, litigation and active management of the underlying holdings.

Origami was founded in 2008 by Thomas Elden, a founding member of activist hedge fund of funds Lakeview Opportunity Fund. He was joined in 2009 managing partner Jeff Young, who joined from infrastructure consultancy Young & Associates.