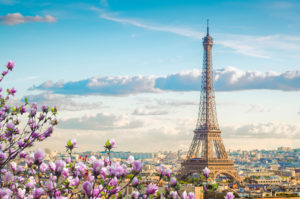 Tikehau Capital has poached an executive from StepStone Group to lead its new debt secondaries business.

Kosters spent three years at StepStone, where she was head of its US private debt advisory practice and responsible for originating and executing primary and secondaries investments, according to her LinkedIn profile. Prior to that she was with Zurich Insurance Company, where she focused on debt secondaries investments and primary fund commitments.

Speaking to Bloomberg from sister publication Private Equity International‘s Women in Private Equity Forum in London on Wednesday, Mayer-Levi confirmed that Tikehau is set to launch its debut private debt secondaries fund. It is unclear how much the firm is targeting and when it will begin raising capital.

The secondaries market for private credit includes fund stakes and loan portfolios, both of which have grown this year. Credit and distressed funds represented 20 percent of GP-led activity in the first half of 2019 by transaction volume, with only buyout funds accounting for more, according to data from Greenhill.

Brexit, higher material costs, increased minimum salaries and a hike in business rates has also led to an increase in UK retail loan sales. Secondaries Investor noted in late October: “Some managers are seeking to sell out now while the financial hit is still reasonably tolerable. And it’s not just the UK – Germany is another market where secondaries players detect signs of promise.”

The lower return profile of credit makes it unsuitable for most private equity secondaries funds, Secondaries Investor reported in August. At the time, the only known firm with a vehicle dedicated to the strategy was Pantheon.