Secondaries Investor
Home News & Analysis The GP-led market is back, but not as we know it
Editor's View 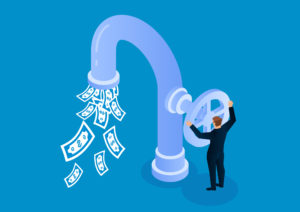 The end of August saw a rare multi-asset restructuring make it across the line. AlpInvest Partners was lead investor in the process that involved four assets, worth $360 million of net asset value, moved out of 2009-vintage buyout fund Kinderhook Capital Fund III into a continuation vehicle. The Carlyle subsidiary provided an extra $100 million in follow-on capital.

The progress of the deal mirrors that of the market in 2020. When covid-19 kicked in and the shutters came down on the GP-led market what would have been a recapitalisation became a $65 million preferred equity deal, Secondaries Investor has learned. The deal was structured so that if market conditions improved it could be turned back into a recapitalisation; improve they did and the preferred equity tranche was duly rolled into the continuation vehicle.

Around the same time, a raft of processes began to surface. Tech investor Summit Partners is mulling a multi-fund restructuring that could be worth at least $1 billion in NAV, as we reported last month, while its Boston compatriot Audax Group revived pre-covid plans to restructure its 2012-vintage Fund IV, as sister publication Buyouts reported. There are several single-asset deals in market, too, including from Thomas H Lee and Clearlake Capital.

“There’s never been this volume, with a few of the advisors bringing multiple deals at once,” says one senior New York-based advisor.

Does this flurry of activity show that the GP-led market is ‘back’? Yes and no. Two deals in market have been described to Secondaries Investor as “very pro-GP”, with regard to pricing and the terms of the continuation vehicle. If these deals get done, it could be a sign buyers will accept less favourable terms for the right assets.

“Paying a reasonable price for a targeted set of companies that are performing well is much better than having to take on diversified market exposure [even at a discount],” says a US-based partner with a multi-asset manager.

At the same time, some question whether dealflow is being driven by fundamentals or whether intermediaries, trying to make up for lost time, are throwing everything against the wall in the hope that some of it sticks.  Several of the largest secondaries buyers put so much capital to work in 2019 that they don’t exactly feel under pressure to jump in now, sources say.

“Some of these transactions are asking the buyer to pay pre-covid valuations,” says AlpInvest managing director Michael Hacker. “The onus is going to be on the advisors and GPs to prove to buyers that these companies are worth what they were before covid.”

What do you think? Email the author at rod.j@peimedia.com