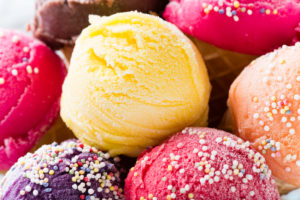 To maintain the best returns possible, and be able to complete some of the larger transactions taking place today, secondaries firms have been increasingly using leverage.

There are usually three types used in the secondaries market:

Secondaries funds can tap long-duration capital call lines at the firm level to facilitate cash management and bridge capital calls from limited partners. It is regarded as the most common use of debt in the secondaries world and one of the least risky. It’s also relatively cheap, with banks offering such revolving lines of credit at about 150 to 200 basis points over Libor.

“Firms are using capital call lines in more efficient and sophisticated ways,” says Gregg Kantor of Investec. “Across the secondaries market the use of leverage is becoming a more common phenomenon. Bank-financed acquisitions and dividend recap are a growing portion of a debt market still dominated by transactions completed using capital call lines and/or deferred considerations.”

Secondaries firms have also been using deferred payments, allowing sellers to pay the purchase price in several instalments – a situation that can have benefits for both parties, especially when a seller is not starved for cash. There is typically no interest rate per se associated with such a transaction, but the cost of the deferred payments is factored into the overall purchase price.

Deferred payments are typically considered very low risk. “Almost all large portfolios that get sold have deferrals,” says Kantor. “It’s an easy piece to put in and it’s well understood at this point.”

The third option is to use a bank loan to fund part of a specific secondaries transaction. This type of leverage is backed by the assets in the underlying funds, usually portfolio companies and their cashflow, and is much riskier than the other options.

Lenders can require between 30 percent and 60 percent loan to value, depending on how diversified portfolios are. Deal-specific loans are common in transactions of more than $100 million.

With the Federal Reserve expected to start raising interest rates in the near future, some experts have warned that stock markets may be near a meaningful correction, so should the industry be concerned about adding to debt levels?

Most market participants believe that risk-taking is at relatively low levels in the secondaries market and those who use leverage do so with extreme caution.