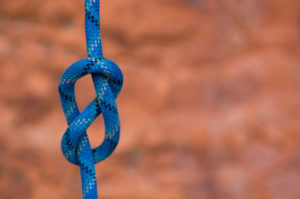 In mid-May, a former board member of California Public Employees’ Retirement System, Michael Flaherman, also raised the issue. He told its investment board meeting it prompted “significant concerns of systemic risk” for the private equity portfolio.

One potential issue surrounding subscription lines is how limited partners extract themselves from funds they no longer wish to be in. Experts advise investors which may want to do secondaries deals to examine the small print of proposed fund financing facilities with care given that, under certain circumstances, they could face difficulties in transferring stakes.

“LPs will tend to have side letters with certain rights and some will ask for information about fund financing. But are they so familiar with fund finance that they know the facility agreement may put restrictions on secondaries transactions?” said Kate Ashton, a partner in the London office of law firm Debevoise & Plimpton.

Ashton, who has been a regular advisor to HarbourVest Partners on secondaries acquisitions, points out that facilities are generally secured against a set percentage of commitments made by the so-called “borrower base” of the fund, which normally comprises the most creditworthy LPs.

But can the provider of the facility prevent such a transfer? Until recently the answer would probably have been no, but things may now be changing – with providers of subscription lines increasingly looking to take control of the issue.

“The bank may ask for an express covenant restricting LP transfers (above an agreed transfer threshold) without its consent. It’s not in all or even most agreements, but it’s in some,” said Tom Smith, a partner and colleague of Ashton at Debevoise & Plimpton.

Unless LPs successfully push back against such covenants, they may discover that strategic flexibility and improved internal rates of return may come at a price for the fund’s investors.

– This is an excerpt from the Fund Finance Focus special in sister publication Private Equity International‘s June issue. Click here for the full article.