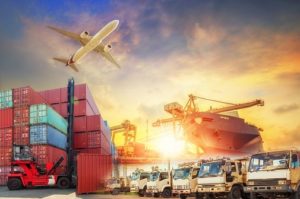 Strategic Partners closed fundraising this week on the largest vehicle to target the infrastructure secondaries market.

The Blackstone subsidiary’s Strategic Partners Infrastructure III raised $3.75 billion from limited partners such as Cathay Life Insurance and Teachers’ Retirement System of the State of Illinois, according to data from sister publication Infrastructure Investor.

According to Verdun Perry, who is now global head of Strategic Partners and a senior managing director at Blackstone, the emergence of a secondaries market signals the maturity of the asset class.

Over the past decade, capital raising for infrastructure has continued to reach new heights. Data released by Infrastructure Investor shows $56.8 billion raised for the asset class during H1. Blackstone also manages an open-ended infrastructure fund, which closed its first round of fundraising on $14 billion last July.

Mark Bhupathi, a managing director at Strategic Partners, added the infrastructure secondaries market is poised to continue its growth “based on the historical trend of fundraising in this asset class”.

Perry and Bhupathi declined to disclose specific sectors that Strategic Partners is targeting with the group’s new fund but said the investment vehicle’s main draw is its patient if opportunistic capital.

“We’re buying funds that invested anywhere from a couple years ago to 10 years ago, so think of the opportunity set as what GPs were investing in then,” Bhupathi explained. “When we invest, these assets have stabilised.”

In other words, Perry added, infrastructure secondaries is able to target “mitigation of the J-curve”.

“The execution risk involved in a greenfield project is mitigated once it’s completed,” he said. “Once all of the licenses and permits are in place and it’s built out, operating and yielding, it’s a much different analysis and risk-return profile.”

The trade in infrastructure stakes has been more resilient than other asset classes. The first half saw $1.44 billion of stakes change hands, down 4.4 percent year-on-year, according to data from intermediary Setter Capital. Real estate volumes were down 53.4 percent over the same period.