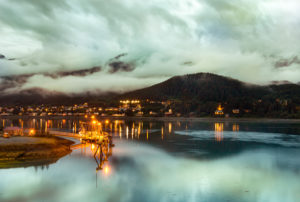 Strategic Partners has acquired a $1 billion portfolio of infrastructure assets days after closing the largest-ever fund dedicated to the strategy.

The portfolio was offloaded by Alaska Permanent Fund in a process managed by Evercore, according to two sources familiar with the matter. Secondaries Investor reported in January that the $62.6 billion sovereign wealth fund was planning to offload around $500 million of private equity, infrastructure and mezzanine fund stakes.

It decided to proceed with infrastructure only as March net asset values of infra assets remained relatively unaffected by the covid-19 crisis, Secondaries Investor understands.

The pricing and composition of the portfolio are not clear.

Strategic Partners Infrastructure III raised $3.75 billion from limited partners such as Cathay Life Insurance and Teachers’ Retirement System of the State of Illinois, according to data from sister publication Infrastructure Investor.

“The execution risk involved in a greenfield project is mitigated once it’s completed,” said Verdun Perry, global head of Strategic Partners, in relation to the fund’s strategy of focusing on stable assets. “Once all of the licenses and permits are in place and it’s built out, operating and yielding, it’s a much different analysis and risk-return profile.”

The first half of 2020 saw $1.44 billion of infrastructure stakes change hands, down 4.4 percent year-on-year, according to data from intermediary Setter Capital. By comparison, private equity volumes declined 58.5 percent and real estate volumes by 53.4 percent.