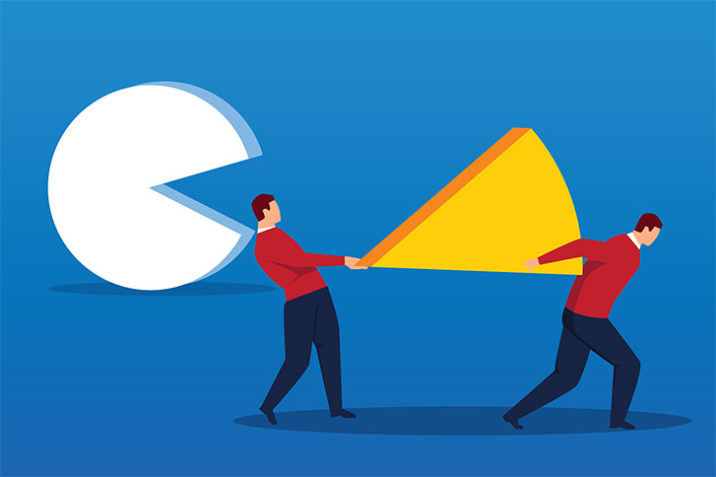 2020 was supposed to be the year when Airbnb would finally pull the trigger on its public market debut.

The company could not delay its IPO any longer. Many employees held 10-year options that were expiring at the end of 2020. But with global travel almost at a halt in April and early May and IPO markets shut tight amid the covid-19 pandemic, Airbnb was forced to go into cost-cutting mode, letting go a quarter of its workforce.

By early June, as Airbnb CEO Brian Chesky told Bloomberg that a 2020 IPO is again a possibility, the dilemma of what to do with stock options still remains for current and recently laid-off employees. “Some employees who remain with the company may receive an extension of their options or they may try to negotiate a new option grant. But a significant number of Airbnb people are shopping their options around now,” says Scott Chou, co-founder of ESO Fund, a firm that helps employees exercise stock options.

Current and laid-off employees of Airbnb are not alone.

Venture firms that provide financing to cover the cost of stock options and associated taxes are seeing a surge in demand since the covid-19-fueled downturn and the resulting wave of layoffs.

The terms for employee stock option grants vary from case to case, but typically, options must be exercised within 90 days after an employee leaves the company voluntarily or is laid off. Buying out options can be expensive, especially since they are subject to capital gains tax.

There are several venture firms that offer financing for the exercise of stock options in exchange for a chance to participate in a possible future exit of the company alongside the employee, who retains the rights to the shares.

People who have been laid-off from promising start-ups have been drawn to these arrangements.

An uptick in business

The San Mateo, California-based ESO Fund hit a record dealflow in April and May, Chou says. The firm raised its fourth $100 million fund in June.

Robert Pitti, a founding partner at San Francisco-based Liquid Stock, also says that the firm is seeing a big uptick in the dealflow.

Pitti – previously a co-founder and partner with VSL Partners, a firm that raised two funds that also provided liquidity solutions to employees and shareholders of late-stage, VC-backed companies – says that most of the firm’s transactions are “structured like a loan, secured by the shares, but if the shares go to zero, the employee can walk away.”

While ESO Fund deals directly with individual option holders and invests in about 200 companies in each fund, Liquid Stock works with companies to offer its solution as a plan for the entire workforce. These plans are run through dedicated, separately managed accounts.

Liquid Stock’s first fund will invest in 15 to 25 companies through a combination of employee stock options and share liquidity deals, which allow employees and shareholders to monetise their equity without having to sell it.

Pitti says that Liquid Stock is not only seeing a surge in stock option financing but is also registering an increase in demand for liquidity deals.

“In direct secondaries markets, bid-and-ask spread has widened substantially. People don’t want to sell out, but they also have cash needs,” he says. This drives employees and other shareholders to Liquid Stock’s structure, which allows them to receive liquidity while staying long in the company.

Steve Gold, co-founder and managing partner at San Francisco’s 3SPOKE, a firm that also broke away from now defunct VSL Partners and began investing in February 2019, says that the current economic environment is “fantastic” for the firm.

“Valuations are down. Any intelligent investor would rather invest today than three months ago,” says Gold, who plans to build a portfolio of about 20 growth-stage companies.

3SPOKE is still raising a $75 million to $100 million first fund from family offices and institutional investors. It refers to VSL Partners – which invested in Palantir, Mango DB, Pinterest, DocuSign, GitHub and Lending Club, among others – as 3SPOKE’s predecessor fund.

Gold says that LPs consider his firm to have more of a growth equity, rather than a VC, strategy. But as for how the firm would be classified in an LP portfolio, he says that “some would characterise 3SPOKE as alternative credit, but others would put us in a VC bucket.”

He says that part of the appeal of this strategy is the ability to work with the timing of the deals: “In primary investing, companies open up rounds only every so often. We have a constant stream of deals.”

ESO Fund’s model is different from 3 SPOKE’s and Liquid Stock’s.

The firm does not provide shareholder liquidity but transacts only on a large volume of small-size employee stock option financings, says Chou, who adds that its median deal is about $50,000.

Although the ESO Fund is expensive to administer, the small transaction size allows the firm to back more companies, thereby increasing the likelihood of exits.

“Traditional VCs have bigger returns, but our returns are more consistent. Before the coronavirus hit, we had a liquidity event on a weekly basis,” Chou says.

Warren Tye, an investment partner with Granite Capital Management, a family office based in New York that has been backing ESO Fund since 2014, says the firm’s exits allow it to distribute capital to the LP every quarter.

“ESO Fund companies have growth equity-like valuations, but they are only paying venture prices. And the firm provides top-quartile returns,” Tye says.

Since ESO Fund lends cash only for covering the cost of options and associated taxes, it is essentially investing at a discount to full valuations, Tye explains.

Over the years, the firm realised returns on dozens of exits, including Twitter, Lending Club, AppDynamics, Pinterest and Slack.

“It is an interesting arbitrage, but it is not very scalable,” Tye says.

ESO Fund estimates that only $500 million in employee stock options go on sale every year.

According to Chou, this is 100 times smaller than the liquidity market.

Tye says that the firm does not have a lot of direct competition, which he views as a positive.

According to Chou, Liquid Stock and 3SPOKE offer a similar solution, but they tend to do larger deals.

“The vast majority of our competitors want the traditional VC model where you build a portfolio of about 25 companies, each partner transacts once or twice a year but deploys many millions each time,” he says. “To pursue large deals, you have to do liquidity [deals] more often than just the options exercise cost.”

As for exits, the LP Tye thinks that they will slow down somewhat, but sees secondary market opportunities for ESO Fund’s portfolio companies. He explains that about a third of all exits are sales to other secondary buyers.

One company that will likely see secondary market interest is Airbnb. ESO Fund recently took a chance on the travel company, even though “it [was] visibly in distress,” Chou says.