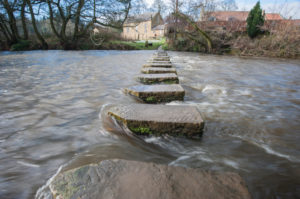 StepStone, a US investment advisor and investor, has reached the final close on its latest dedicated private equity secondaries fund, Secondaries Investor has learned.

StepStone Secondary Opportunities Fund III closed in June on $950 million, above its $750 million target, according to a source familiar with the fundraising.

The fund is more than double the size of its predecessor, according to PEI data.

SSOF III, which has been in the market since 2015, is already 40 percent invested, the source said.

The firm held a $94 million first close on SSOF III in January 2016 collecting capital from 25 investors, split between an onshore and an offshore vehicle, according to a filing with the Securities and Exchange Commission.

Investors  include Taiwan-based Fubon Life Insurance with $30 million, the Los Angeles City Employees’ Retirement System with $25 million and George Kaiser Family Foundation with an undisclosed commitment, according to PEI data.

The fund invests globally in smaller and less competitive areas of the secondaries market, typically in deals of between $20 million and $30 million in size, according to a presentation  by advisor Portfolio Advisors for LACERS in July 2016.

The carry is 12.5 percent, preferred return 8 percent and the GP commitment around 1 percent, or $7.5 million, the presentation reveals.

SSOF III charges a management fee of 1.25 percent of aggregate commitments during the investment period, after which it drops to 1.125 percent and then reduces by 0.125 percent each year to a minimum of 0.05 percent.

The keyman provision covers Thomas Bradley, Mark Maruszewski and any four of 12 other senior partners at the firm.

The firm’s 2012-vintage StepStone Secondary Opportunities Fund II had a 31.8 percent net internal rate of return and a 1.4x net multiple on invested capital, according to the document.

StepStone has over $12 billion in assets under management and operates out of offices in nine locations around the world, according to its website. Alongside its secondaries funds, it runs separately managed accounts for large limited partners.