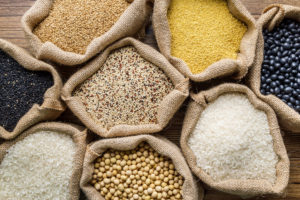 Seedrs, a crowdfunding platform that has facilitated nearly £1 billion ($1.56 billion; €1.32 billion) in investments, has placed the secondaries market at the centre of its growth strategy.

“A business will do one or a few primary fundraises, whereas secondaries sales can happen many times if the demand is there,” chief executive Jeff Kelisky told Secondaries Investor.

Kelisky says he wants customers to be able to check the secondaries market every day as they would a public stock account.

Founded in 2012, Seedrs’ primary platform allows start-ups to raise funds from individual investors. Its secondaries platform launched in 2017 to enable investors to cash out of their stakes. It surpassed the £1 million volume mark for the first time in May.

That same month, it entered into partnership with Capdesk, an equity management platform for private companies, increasing the number of companies that can trade on the platform. In July, it introduced variable pricing, allowing sellers to list their shares at a premium or discount to net asset value.

“It’s a tougher time for entrepreneurs to go to their families and friends to ask for money that will be locked away for up to 10 years,” said co-founder Jeff Lynn. “Knowing there is a secondaries market takes the pressure off the ‘ask’.”

The second pillar of Seedrs’ growth strategy is attracting private wealth managers to the platform. In April last year, the company formed an Enterprise Investment Scheme, a type of fund introduced by the UK government to encourage investment in early-stage companies.

The EIS 100 is a tracker with an underlying algorithm that can be configured to filter out certain types of investment and deploy capital in these opportunities as they come in.

Seedrs’ first EIS fund was £1.4 million in size. Its second will target roughly £5 million and it hopes to be able grow to upwards of £100 million to provide the scale required for groups such as Cazenove and Rothschild.

“There’s no reason why these vehicles can’t do secondaries investments as well,” said Kelisky. “There’s no need to be a distinction between primary and secondary, either.”

On Monday, Seedrs said it had also added the ability for sellers to list their company stakes at a 10 percent, 20 percent or 30 percent discount or premium to its mark-to-market share price. Previously, sellers were only able to list shares at the set price determined by the business’s latest valuation.