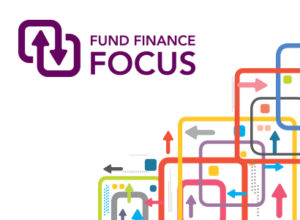 We have been closely following the industry debate around the increased use of subscription credit lines across all asset classes. Much of the discussion has focused on how – if used over a long period of time – a subscription credit line can alter the return profile of a fund. This data in sister publication pfm, produced by investment consultant Torrey Cove Capital Partners, shows the difference this can make in both good times and bad. Limited partners and other institutions have begun to ask questions about whether this benefits them.

Amid the discussion, however, it is important not to lose sight of the sub line’s original purpose: to allow GPs to make investments and pay fund fees and expenses without making frequent capital calls. For secondaries funds, this is essential.

“The secondaries fund is a fantastic example of a fund strategy that makes a ton of sense to have a subscription facility,” a banker says. “The nature of their strategy is that they could get calls from hundreds of different LP interests they own to fund capital commitments at any point in time.”

As those calls can happen on a near-daily basis, a secondaries fund would have to sit on a large cash reserve from their LPs, which would drag down returns.

“Having a line of credit, with the same-day funding option or short-notice funding option, to meet those small capital funding requirements, and then doing a quarterly or semi-annual capital call on LPs, is massively more efficient,” the banker says.

While subscription lines of credit have benefited secondaries firms, the rapid development of the secondaries market in the past decade is, in return, helping strengthen the credit quality of lines.

Lines of credit are secured against the ability of the LPs in a fund to pay. In the rare event that an LP defaults on its commitment, the GP needs to replace the defaulter through the secondaries market or split that investment among the remaining investors.

With the growth of the secondaries market, there’s now nearly $71 billion in dry powder that can be used to purchase those stakes.

“If you look at the quality of the private capital that’s been raised in secondaries funds since 2010 until today, there’s now this huge pool available capital,” a fund finance lawyer says. “Compared with during the crisis, that’s an additional comfort.”

Subscription credit lines are coming under increased scrutiny from certain corners of the investor universe, but they are a highly valued tool for the secondaries market. It’s a relationship that’s becoming symbiotic.