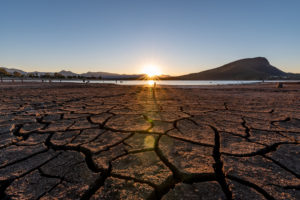 Blackstone‘s secondaries portfolio was the only strategy to appreciate in value in the first quarter of the year as the fallout from the coronavirus crisis took its toll on the private equity firm’s overall portfolio.

Secondaries, which is managed by the firm’s Strategic Partners unit, had a 1.8 percent gross return for the three months to end-March, the New York-headquartered firm reported on Thursday. Secondaries also had the highest rise in value compared with other strategies on a 12 month basis at 14 percent.

The firm noted the positive results were due to the three-month reporting lag of underlying fund investments which mean the appreciation does not include the economic and market impact experienced in the first quarter.

Severe dislocation in the energy market, coupled with the covid-19 pandemic, led to a 21.6 percent decline in corporate private equity for Blackstone. Its tactical opportunities portfolio fell by almost 16 percent.

“We can’t underscore enough that the decline reflects unrealised marks taken at a point in time of severe dislocation,” chief financial officer Michael Chae said on a call with analysts Thursday. He described the precipitous drops in the S&P 500 and high-yield debt and leveraged loan indices as “one of the most violent and swift declines in public markets on record”.

Despite the challenges faced by the portfolio, it was a strong fundraising quarter for the firm. Private equity had inflows of $8.9 billion, compared with $8.3 billion for Q4, with $584 million of inflows for secondaries during the three month period.

“Given the market turbulence, we expect fundraising to continue, but now at a slower pace,” president and chief operating officer Jonathan Gray said. “We believe the secular shift to alternatives, and Blackstone in particular, will continue. Investor desire for better returns should be stronger than ever.”

Secondaries deployed $573 million during the quarter.

– Isobel Markham contributed to this report.