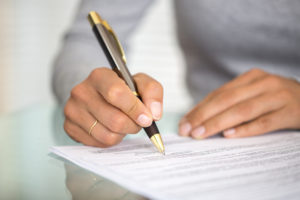 Rede Partners has hired a 30-year private equity veteran to lead its advisory board.

The London-headquartered placement agent and secondaries advisor has appointed Eric Elull to the role of chairman, according to a statement. Elull was previously with Boston Consulting Group advising general partners and limited partners on governance, strategy and performance.

In 2011 he was appointed head of BCG’s Global Principal Investor and Private Equity Practice, according to his LinkedIn profile. Between 2016 and 2020 he was senior partner and managing director and chaired the consultancy firm’s global audit and risk committee.

“Eric brings deep private equity and strategic experience to our business that will be invaluable as we grow,” said co-founder Adam Turtle in the statement.

In January, Rede hired the former chief of staff to Lord Rothschild and Hermes GPE partner Magnus Goodlad as head of secondaries. He replaced Yaron Zafir, who in June joined Asante Capital Group as a senior advisor, Secondaries Investor reported.

Rede’s secondaries team includes Julie Prewer and Michael Camacho, who respectively featured in our Young Guns of Secondaries ranking in 2018 and 2019. Young Guns, now known as Next Gen Leaders, features the most promising executives in the secondaries market below the age of 36.

Rede worked on €867 million of secondaries deal volume in 2019 across five deals, including one single-asset transaction, according to Secondaries Investor‘s annual advisory survey.