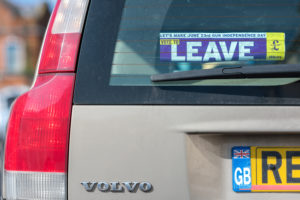 Post-Brexit there are a number of potential models on which the UK could base its new relationship with the EU.

Below are the most commonly cited models and how they are expected to affect fund managers:

If Britain chooses to become a member of the European Economic Area (EEA), as Norway has, fund managers would continue as usual, post-Brexit. As an EEA member Norway has access to the European single market, along with the 28 current EU members, Liechtenstein and Iceland. In return for that access, it pays a contribution to the EU budget and has to sign up to all EEA rules, including its common regulations and standards. The UK government, regulators and industry associations would therefore have less (and possibly no) influence on future EU laws affecting the industry, despite having to abide by them.

As Nikolai Astrup, spokesperson on European affairs for the Norwegian Conservative Party, reportedly told the Financial Times in 2013: “If you want to run the EU, stay in the EU. If you want to be run by the EU, feel free to join us in the EEA.”

This model would require Britain to apply to join the European Free Trade Association (EFTA) and then negotiate a number of bilateral agreements with the EU governing UK access to the single market. Although Switzerland has over 120 agreements in place, none of these allow Switzerland full access to the EU’s internal market for financial services. As a result, Switzerland tends to use passporting to carry out banking business, most often from the UK. If the UK was to choose the Swiss model it would not have any Alternative Investment Fund Managers Directive (AIFMD) rights and fund managers would be required to market into European countries using National Private Placement Regimes (NPPRs). Fund managers trying to market to investors in countries that have opted not to have a NPPR, such as Germany and France, would be required to comply with additional AIFMD rules such as appointing an entity to carry out specific functions known as a “depositary-lite”.

“The EU has labelled this model complex and flawed, making it less likely that it would agree to a similar approach in the event of a Brexit,” Debevoise said in its spring private equity report.

Canada and the EU have a free trade agreement, which is designed for trade in goods. It is not clear if Canada’s model, like Switzerland’s, provides any assistance for fund managers, as neither offers full access for services. If the UK were to adopt a Canada-like model it would mean, for example, that the UK would not be able to export financial services to the EU as easily. Canada and the EU have also been working on a Comprehensive Economic and Trade Agreement (CETA) for a number of years, however, it is not yet in force. A Ceta-type deal would not give UK financial services firms the EU market access that it has now, but the agreement does include liberalization of trade in services and measures to protect foreign investors.

“The upshot is that this would leave fund and asset managers will no passport rights, defaulting to the ‘full scale divorce’ scenario,” said one London-based private funds lawyer.

If Britain was to adopt the World Trade Organization (WTO) rules, it would be able to trade with the EU solely on the basis of being a WTO member. However, this model is the furthest from the current EU-UK relationship and does not cover services. Under this arrangement EU law would no longer apply in the UK, however it would lose the associated benefits of the internal market. In addition Britain would be subject to the tariffs of up to 9 percent which are placed on WTO countries.

If Britain decides to cut all ties with the EU and does not agree on any exit or grandfathering arrangements either with the EU (as a whole) or individual members states, UK alternative investment fund managers will no longer be able to market to EU investors under an AIFMD passport and would become non-EEA (or “third country”) managers, for whom there is no passport.

In order to market to EU investors, managers would be required to notify each member state regulator and comply with those member states′ local regulations under the NPPRs and will only be able to market portfolio management services to EU clients where permitted by individual member states’ private placement regimes, which can be highly restrictive.

“Larger managers with both a UK fund range and a Luxembourg or Irish fund range are better positioned to bear a loss of passporting rights. Smaller managers with a mixed UK/EU client base are generally more dependent on passport rights and so face more risk,” said Tamara Cizeika, regulatory lawyer at Allen & Overy.