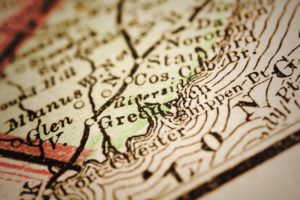 Portfolio Advisors expects to hold at least two additional closes on its third dedicated private equity secondaries vehicle by year end as it nears the $1 billion target of the fund.

The PSERS board approved a commitment of up to $125 million to PASF III – its first to a Portfolio Advisors fund – and recommended creating a discretionary separately managed account for PSERS to “invest additional capital to exploit market dislocations if and when they occur”, on 5 October, according to the pension’s website.

Portfolio Advisors will invest the equivalent 2 percent of LP capital, or at least $20 million, alongside the fund.

Details of PASF III’s terms and strategy were also outlined in the document. The fund offers LPs a 10 percent “contingent performance allocation” that applies to net gains and is distributed to the GP after the investor’s funded capital commitment is returned, and a 10 percent preferred return on invested capital.

The fund, which has a $1.5 billion hard-cap, will make equity investments between $5 million and $200 million across as many as 50 deals. No single investment will account for more than 20 percent of the fund.

Around one-quarter of the fund will focus on venture and growth strategies, 10 percent to distressed or special situations and another 10 percent to “opportunistic strategies based on market dynamics.” Co-investments will comprise 15 percent of the fund.

Portfolio Advisors will not use leverage in its transactions, with the exception of a short-term credit line, the document noted.

It is unclear whether the SMA will focus on secondaries and how much PSERS will commit to the vehicle.

According to minutes from the January investment committee meeting of Florida-based Munroe Regional Health System, PASF III aims to generate an internal rate of return of 15 percent to 20 percent over the life of the vehicle by purchasing investments at a discount to face value.

Investors who have committed to PASF include Missouri Local Government Employees’ Retirement System with $75 million and El Paso City Employees’ Pension fund with $30 million, according to PEI data.