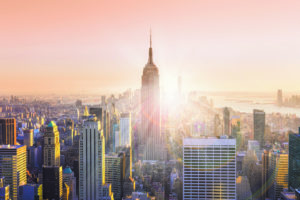 Pomona Capital has returned to market with its 10th secondaries fund, almost two years after holding the final close on its previous vehicle.

“We recently launched our 10th private equity fund, Pomona X, for which we expect the first commitments to occur in the second half of 2020, as originally planned,” Voya chief financial officer Michael Smith said on the call. “We expect Pomona X to be our largest capital raise so far at approximately $2 billion.”

It is unclear whether $2 billion is Fund X’s target or hard-cap.

On Thursday, Pomona said its Pomona Investment Fund, a registered investment vehicle, had reached its five-year anniversary with around $200 million in assets under management as of 31 December. The vehicle, which launched in 2015, expects to mainly acquire secondary interests in seasoned private equity funds, with a focus also on primary and direct commitments.

Pomona ranked 17th in last year’s SI 30 list of the biggest secondaries firms based on capital raised over the preceding five years, having collected $3.52 billion.

Pomona did not comment on details of Voya’s earnings call by press time.