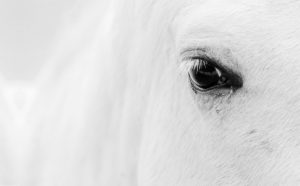 Details have emerged on the key strands of Whitehorse Liquidity Partners‘ investment strategy as the firm seeks to raise its fourth fund in five years.

Whitehorse can provide preferred equity to allow limited partners to generate liquidity from their existing portfolios without having to sell, the documents note.

The firm also offers “securitised secondaries”, purchasing portfolios outright from LPs, secondaries funds and funds of funds, and splitting them into preferred- and common-equity tranches.

Whitehorse generally syndicates the common equity while keeping the preferred tranche, as Secondaries Investor reported in a profile of the firm in March. Most syndicate members are existing LPs who can potentially receive an equity kick in addition to the preferred exposure they receive through the fund.

For general partners, Whitehorse can also offer a “fund-level liquidity solution”, preventing them from having to sell a portfolio company or allowing them to inject a less burdensome form of leverage, the documents note.

It can also offer a “balance sheet liquidity solution” to support the GP management company, either to fund the GP commitment to a new fund or solve for general illiquidity.

Whitehorse estimates the four strategies together account for a market opportunity of between $4 billion and $8 billion annually, the documents note.

PSERS’ consultant Aksia recommended a commitment of $200 million to Whitehorse Liquidity Partners IV, its first to a Whitehorse fund. The fund is in market targeting $3 billion, Secondaries Investor reported in March. Its hard-cap is $3.5 billion, the PSERS documents show. PSERS’ commitment comes from its credit allocation.

As of 31 December, Whitehorse’s funds I-III generated a blended 18.4 percent net internal rate of return and 1.12x net multiple, according to the documents.

The firm held the final close on its third fund last October, raising $2 billion against a target of $1.5 billion, Secondaries Investor reported.