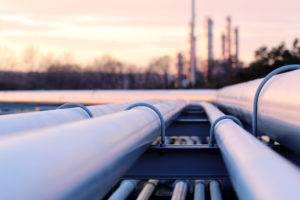 Partners Group is preparing to take advantage of a boom in infrastructure secondaries as it continues to raise its latest global infrastructure programme.

“Secondary volume for infrastructure is expected to increase the next couple of years on the back of record primary raising, and so we have been organising ourselves to be able to really take advantage of that opportunity as it unfolds here over the next year or two,” Layton said.

Last year was the second-best year for infrastructure fundraising on record, with $97.3 billion raised, according to data from sister title Infrastructure Investor. At $22 billion, Global Infrastructure Partners’ fourth flagship fund accounted for 23 percent of that total, with EQT and Ardian raising the second- and third-largest vehicles, respectively.

Partners Group is seeking €1 billion for Partners Group Global Infrastructure 2018 which will invest in secondaries among other strategies. It is understood the vehicle held its first close at the end of 2018.

Infrastructure and energy secondaries accounted for just 4 percent of funds sold in the first half of last year by fund count, according to data from advisor Greenhill. For GP-led transactions, infra comprised 9 percent of deal volume for the same period.

On Monday Secondaries Investor reported that Alaska Permanent Fund was seeking buyers for a portfolio of private markets assets that comprised around 40 percent infrastructure fund stakes.

Partners Group invested $2.7 billion in secondaries opportunities last year across all asset classes, according to the AUM update.

It reported $16.5 billion in fundraising across its four asset classes – private equity, real estate, debt and infrastructure – for 2019. Non-private equity strategies have grown to account for more than half of the firm’s $94 billion in AUM for the first time.

The Zug, Switzerland-headquartered firm expects to raise between $15 billion and $19 billion in 2020, with direct equity contributing “significantly” to fundraising over the next 12 months, Philip Sauer, co-head of group finance and corporate development, said during the presentation.

The firm is seeking $4 billion for its flagship private equity secondaries programme, as Secondaries Investor reported in October. 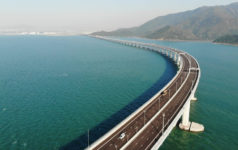