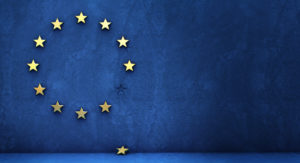 Partners Group, one of the biggest secondaries investors in real estate, expects the asset class will be the most adversely affected by Britain’s decision to leave the EU.

Demand for residential and commercial real estate in the UK may suffer as a result of Brexit, affecting capital appreciation and rental incomes, the firm wrote in a first-half assets under management announcement. Despite this, Partners expects the overall impact on its business, including sterling-related exposure, to be limited.

“From a corporate perspective, only about 3 percent of total AuM is [sterling]-denominated and therefore the weakening of the GBP is not expected to have a significant effect on the firm’s revenue contribution in [Swiss francs],” the firm wrote.

About 6 percent of the Zug, Switzerland-based firm’s €49.1 billion in assets under management are exposed to the UK, and less than 2 percent of this is invested in real estate, according to the statement.

Partners‘ secondaries investments rose slightly to $1.2 billion during the first half of the year, compared with $1.1 billion a year earlier. This represented 23 percent of total investment volume, unchanged from a year earlier.

The firm screened $65 billion in potential secondaries deals and invested in less than 2 percent of these, a drop from the $71 billion screened a year earlier.