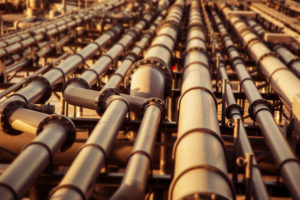 Pantheon Ventures is fundraising for its third infrastructure fund that will focus on secondaries and co-investment.

The pension is set to approve a $40 million investment in the new vehicle at its committee meeting in mid September. Its commitment will supplement the $40 million approved to Pantheon by the US-based Tacoma Employees’ Retirement System in August.

Pantheon also believes it can reach assets through the secondaries market of the same quality as those found in the primary direct market, at more attractive prices.
A combination of core and core-plus investments are set to be targeted across conventional and renewable energy, communications assets, transport, water and social infrastructure – primarily through brownfield opportunities.

While a target internal rate of return has not been disclosed for the fund, Pantheon’s 2009 vintage, $350 million debut global infrastructure vehicle is generating a net 13.1 percent return, while its overall infrastructure programme across commingled and separate accounts has a net IRR of 14.5 percent.

The firm was bought by Affiliated Managers Group in 2010 and raised $1 billion for its second infrastructure fund in 2014.

The new 13-year fund will have an average annual fee of 73 basis points on committed capital with a carried interest charge of 10 percent. According to the Surrey pension, closes are scheduled for October, November and December 2017.

In May, Ardian was set to hold the final close on its $1.7 billion for its ASF VII Infrastructure vehicle, the most ever raised for the strategy, as Secondaries Investor reported.

Pantheon has made 59 infrastructure investments totalling $1.7 billion since its inception, spread across 25 secondaries and 13 co-investment deals, according to the Surrey documents.

The firm did not return requests for comment by press time.