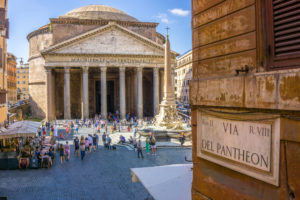 Pantheon is set to hold the final close on its sixth secondaries programme, Secondaries Investor has learned.

The London-headquartered alternatives manager expects to wrap up fundraising for Pantheon Global Secondary Fund VI at the end of June on around $2.1 billion, according to a source familiar with the matter. It is understood that this figure encompasses the blindpool Fund VI and separately managed accounts.

Secondaries Investor reported in 2018 that Pantheon was returning to the market with a target of $2 billion, having sought $2.5 billion for its 2013-vintage predecessor vehicle.

The fund held its first close in March 2018 and was 40 percent deployed as of the end of last December, according to documents prepared for VCERA and seen by Secondaries Investor. The vehicle targets concentrated positions in high-quality and mature funds where Pantheon has an information and access advantage.

Deals that Pantheon backed in the past year include a single-asset restructuring centred around a ports business managed by Oaktree Capital Management and the $450 million restructuring of a credit fund managed by Avenue Capital Group, Secondaries Investor reported.