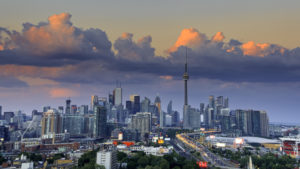 The co-head of secondaries at Northleaf Capital Partners has taken up a different role after nine years in the post.

London-based Daniel Dupont has become vice-chair, Europe, according to a statement. He will remain a member of the private equity investment committee and maintain responsibility for senior coverage of institutional investors in Europe and Canada. He will also play a mentorship role within the secondaries and private equity team.

“We have built capabilities and expertise across all types of secondaries including LP interests, direct secondaries, continuation fund transactions and fund level financings; the business is positioned well to succeed in [the] mid-market secondary space,” said Dupont by email. He joined Northleaf as managing director and co-head of secondaries in 2011.

Deals it has backed include a stapled tender offer on LBO France’s 2010-vintage Hexagone III fund, which was worth below €50 million.

Northleaf has around $14 billion in assets under management across private equity, private credit and infrastructure, according to its website.