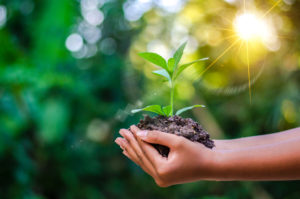 The asset management and overseas investment arm of China’s Ping An Insurance has brought in new third-party investors using the secondaries market.

A group of investors led by Montana Capital Partners and Singapore sovereign wealth fund GIC acquired an $875 million strip of assets off the balance sheet of China Ping An Insurance Overseas and used it to seed two private equity funds, according to a statement seen by Secondaries Investor.

“The successful closing of the Selection Fund and the Global Equity Fund is an important milestone of Ping An Overseas Holdings’ strategic transition from an in-house investment platform into an asset management franchise serving third-party investors,” said chief executive Hoi Tung in the statement.

Since inception Ping An’s private equity team has employed a strategy of making fund and co-investments outside China, and direct investments in the Greater China region, head of private equity Kaipin Kui noted in the statement.

The process was carried out without an intermediary, Secondaries Investor understands.

The hunt for yield and favourable government policies has led to Chinese insurers ramping up their alternatives exposure in recent years. Ping An closed a similar process last year involving $758 million of infrastructure assets, backed by Ardian, as Secondaries Investor reported.

Parent company Ping An Insurance is the seventh-largest listed company in the world, according to Forbes’ Global 2000 ranking.

The past few months have been active for GP-led deals in Asia, with IDG Capital, Vertex Holdings and The Longreach Group among those to have closed or been working on a process, Secondaries Investor has reported.