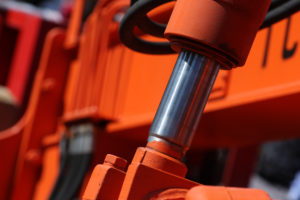 During July and August, the insurer sold stakes in buyout funds EQT V, IK 2007 and Epiris Club 2007 to Committed Advisors through its third dedicated secondaries fund. This is in addition to stakes in Apax Europe VI and VII, which changed hands between the two parties in July.

The pricing of the deals was not disclosed.

The 2006-vintage EQT V raised €4.25 billion, according to data from Private Equity International, and targets buyout opportunities in Europe. Of the 14 acquisitions made by the fund, four remain, including German clothing retailer CBR and Norwegian data services provider Broadnet.

Investors in the fund include University of Michigan with a $30 million commitment and ATP Private Equity Partners with €70 million.

IK Investment Partners’ 2007-vintage fund hit final close in October of that year on €1.7 billion, according to PEI data. Of the 17 companies left in the fund, remaining assets include industrial processes specialist Schenck Process and DGI, a manufacturer focused on hydraulics and pneumatics.

Investors in the fund include HarbourVest Partners, Pantheon and the YMCA Retirement Fund.

Epiris Club 2007 is a £100 million ($135.5 million; €113.6 million) private equity fund. It was originally called Electra Partners Club 2007, before May 2017 when Electra Partners ceased to be the portfolio manager of Electra Private Equity and struck out under a new name.

These deals are a continuation of a tail-end strategy that in May saw it pick up two stakes in TDR Capital II Associates, a €2.2 billion, 2007-vintage buyout fund, from LGT Capital’s Crown Global Secondaries II, according to public filings.

MML has $210 billion in assets under management, according to data from Private Equity International. Its allocation to private equity is unclear.