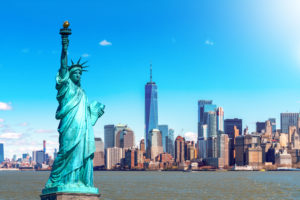 Mutual fund manager Liberty Street Advisors has entered into an agreement with SP Investments Management to become investment advisor to the SharesPost 100 Fund, a closed-ended vehicle that invests in late-stage, venture-backed companies, according to a statement.

The deal is expected to close in the fourth quarter, pending approval from the fund’s board of trustees and shareholders.

“High-growth companies have been staying private longer with a significant portion of their appreciation typically occurring before their entry into the public markets,” said Tim Reick, LSA’s chief executive. “The fund provides a unique opportunity for financial advisors and their clients to participate in this growth.”

The SPIM team will join New York-headquartered LSA, which manages four mutual funds with $1 billion in assets under management.

The SharesPost 100 holds equity positions in a list of VC-backed private businesses acquired on a secondary basis, according to a prospectus filed with the Securities and Exchange Commission. The fund is open to non-accredited investors and has an initial minimum investment of $2,500.

The fund had $203 million in assets under management as of 30 June.

“The SEC has publicly expressed some frustration that Main Street investors are unable to access all of the growth happening in the private markets, particularly around pre-IPO-stage growth-oriented companies,” Munafo told Secondaries Investor last year, adding that SharesPost intends to create complementary secondaries products in the future.

He declined to comment on the Liberty news, citing regulatory constraints.