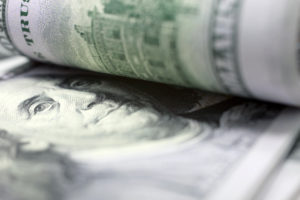 Lexington Partners has amassed at least three-quarters of the target for its ninth dedicated secondaries fund and is gearing up to hold a first close, Secondaries Investor has learned.

The New York-headquartered firm is preparing to hold the first close on between $9 billion and $10 billion for Lexington Capital Partners IX after the summer, according to two sources familiar with the matter.

The firm registered Fund IX in Delaware in February, according to a public filing. It is understood the fund’s target is $12 billion.

Minnesota State Board of Investment’s investment advisory council recommended a $150 million commitment at its 12 February meeting, pending approval from the state board of investments, according to the pension’s website.

Lexington’s last secondaries fund was its fourth mid-market vehicle which targets US mid-sized US buyout funds that are less than 50 percent invested. It closed above target on $2.66 billion in September.

The firm’s previous flagship secondaries fund, the 2014-vintage Lexington Capital Partners VIII, closed above its $8 billion target on $10.1 billion, according to PEI data. The fund delivered a 29.8 percent net internal rate of return and a 1.3x net multiple as of 30 September, according to a performance document from Minnesota State Board of Investment which cites data supplied by Lexington.

At least six of the top 10 firms in Secondaries Investor‘s SI 30 ranking of the biggest secondaries fundraisers are understood to be in market with private equity secondaries vehicles seeking a combined $51.5 billion. These include Ardian, Strategic Partners, Coller Capital and Landmark Partners. HarbourVest Partners is understood to be speaking to LPs about its Dover Street IX secondaries fund and is expected to seek $6.5 billion when it formally launches this year, as Secondaries Investor reported on Monday.

In June Lexington said its founder Brent Nicklas was to step aside from day-to-day running of the business, with Wilson Warren becoming president in a newly created position. Marshall Parke, head of non-US activity who joined the firm in 2000, was to become vice-chairman, with Warren and non-US secondaries head Pal Ristvedt becoming co-chairs of the firm’s secondaries investment committee.

— This report was updated to show at least six of the top 10 secondaries firms are in market seeking a combined $51.5 billion for dedicated vehicles.