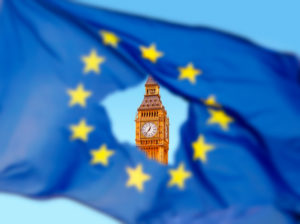 The UK’s decision to leave the EU could drive dealflow for GP-led transactions in Europe as institutional limited partners seek liquidity and managers look for more time to exit portfolio companies, according to advisory firm Lazard.

Currency volatility related to Brexit may cause some LPs to be over-allocated to private equity or certain geographies, which could lead them to rebalance their portfolios, according to excerpts from Lazard’s H1 2016 Review, obtained exclusively by Secondaries Investor.

“[T]he exit window for existing portfolio companies may be less appealing in the short-term and as a result GPs may seek a longer runway to facilitate a value optimising exit,” the review noted.

Lazard has advised at least six managers on GP-led deals across private equity, real estate and infrastructure since 2014, including one that closed in the first half of this year. The firm estimates such deals could account for more than a quarter of total secondaries deal volume in the future and that there is around $470 billion of net asset value held in funds raised between 2006 and 2008 globally.

Lazard also expects Brexit will have the following impact:

Pricing fell to around 90 percent of NAV from 92 percent between the second half of 2015 and the first half of 2016 as institutional investors sold larger proportions of tail-end funds, with the average age of funds that traded being between eight to 10 years old.

This has led to high-quality portfolios and stakes in younger funds trading at premiums, the review noted, citing deals Lazard advised on during the first half. The firm worked on four portfolio fund deals that closed in the period.