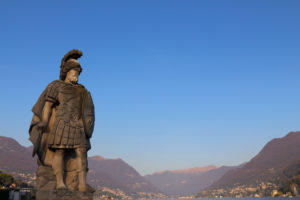 Ares Management‘s chief executive says the firm’s entry into secondaries has filled a gap in the credit giant’s product offering.

“We believe that this transaction is very timely as the secondary market for alternatives scales to catch up with primary market volume,” Michael Arougheti said on Ares’ Q1 2021 earnings call last week about the firm’s acquisition of Landmark Partners.

“The product gaps [in the Ares platform], if you will, are pretty narrow. Secondaries was a big part of it for us, and Landmark has filled that gap.”

Ares has entered the credit secondaries market at a low point: private debt secondaries recorded $638 million in volume last year, according to intermediate Setter Capital‘s Volume Report FY 2020, down 79.7 percent from $3.14 billion the prior year.

To put that in context, private markets boasted $2.9 trillion of dry powder in 2020 with direct lending dry powder up 726 percent on 2010 levels – more than any other asset class, according to Bain & Company’s Global Private Equity Report 2021.

An industry-wide move toward GP-led transactions “plays to our strength”, Arougheti said on the call, adding that Ares’ global credit platform represents a unique sourcing opportunity for deals.

There are opportunities to cross-market the firms’ strategies, as they introduce “products to each other’s respective client bases and collaborate on new product extensions”, he added.

Ares, which reported Thursday it had crossed $200 billion in assets under management, is one of at least two credit hegemons that have made secondaries a priority in what could constitute an inflexion point for the growing market. Secondaries Investor reported last week that Apollo Global Management had tapped a former Goldman Sachs partner to co-lead its entrance to credit secondaries, with a private equity secondaries business to come. Apollo’s credit strategy is opportunistic and will focus on LP stakes, while Ares will focus on GP-leds.

Both Ares’ and Apollo’s entries to the secondaries market come at a time of heightened competition for experienced talent as brand names look to plant their flag in this high-growth area.

“The talent pool on the secondaries side is shallow,” a managing director at a US-based investment bank told Secondaries Investor. “Talented people are sought after.”

KKR co-president and co-COO Scott Nuttall said on the firm’s Q1 earnings call Tuesday that the PE giant is determining whether it makes sense to build a secondaries unit organically or acquire another shop, as affiliate title Private Equity International reported.

Several other firms, including Manulife Investment Management, BlackRock and TPG, have in recent years added secondaries capabilities either by hiring teams or taking stakes in existing managers. Such moves fall within the broader trend of firms aiming to position themselves to take advantage of longer fund lives and hold periods.