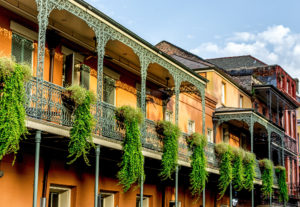 The assets in ICG Recovery Fund 2008 were moved into a new vehicle managed by ICG and Landmark became the majority new limited partner in that vehicle in a deal that closed in the first quarter of this year, according to two sources familiar with the transaction.

The sale of the fund “provided an exit to our investors whilst enabling us to retain the investment management contract for the new fund thereby extending the duration of the fee stream”, ICG noted in its financial report for the year ended 31 March.

ICG Enterprise Trust, the London-listed investment vehicle that ICG acquired from Graphite Capital in 2016, invested €12 million in the deal, according to its latest annual results.

Recovery Fund 2008 closed above its €750 million target on €843 million in April 2010 and attracted LPs including Teachers’ Retirement System of Louisiana and Fort Washington Capital Partners Group, according to Private Debt Investor data.

Landmark is seeking up to $4.7 billion for Landmark Equity Partners XVI, its latest private equity secondaries fund. In April the firm used the vehicle in a preferred equity deal to finance Clearlake Capital’s purchase of Reservoir Capital‘s stake in Clearlake’s GP management company.

It is unclear which fund Landmark used to invest in Recovery Fund 2008B.

A spokeswoman for ICG declined to comment, but said the deal allowed the firm to “crystallise the track record and provide investors in [Recovery Fund 2008] with liquidity.”