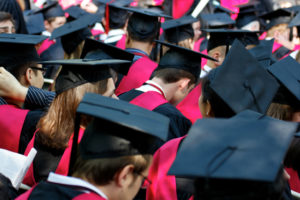 Harvard Management Company, which oversees the university’s $35.7 billion endowment, will continue to reduce its exposure to highly illiquid assets on the back of its private equity and real estate portfolio sales this year.

“Where we could take prudent direct action to reduce exposure, we have done so – and will continue to do so,” NP Narvekar, chief executive of HMC, wrote in a letter this week announcing the endowment’s performance to 30 June.

Narvekar described HMC’s “sizeable secondary sale of externally managed partnerships” in both its real estate and private equity portfolios as a “terrific outcome” that resulted in reduced exposure and generated significant liquidity for the portfolio.

HMC brought a large portfolio of fund stakes to market in the first half of this year. Landmark Partners and Metropolitan Real Estate Equity Management emerged as the buyer in August of almost $2 billion in real estate interests in separate deals, as Secondaries Investor reported.

The endowment generated an 8.1 percent return for the fiscal year ended 30 June, up from a 2 percent loss the previous year. The performance was “disappointing”, despite a “strong” performance in private equity, Narvekar wrote.

The growth reflected strong performances across the endowment’s public equity, private equity and direct real estate platform, according to the letter, although HMC did not comment on the specific performance of its private equity portfolio.

By contrast, the fund reported a challenging year for its natural resources investments.

“Our performance is disappointing and not where it needs to be,” Narvekar noted. “Indeed, the opportunity to improve this is what attracted me to the leadership role of Harvard Management Company. The endowment’s returns are a symptom of deep structural problems at HMC and the resultant significant issues in the portfolio.”

“Our primary focus has now shifted to having the generalist investment team gain a collective understanding of the entire portfolio,” Narvekar added. The previous focus on individual asset classes created an overemphasis on individual benchmarks and occasional gaps in the portfolio, he noted.

“As we [adopt this model], we will gain proficiency in our new processes and continue to develop the analytics which support them. At the same time, we will make portfolio moves accordingly.”