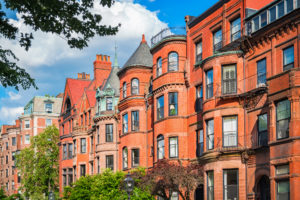 HarbourVest Partners has made a raft of promotions, including two in its secondaries investment team.

The $68 billion alternatives manager has appointed Blake Holman and Chris Row to principals, among nine promotions company-wide, according to a statement. Both are based in the firm’s Boston office.

Holman joined HarbourVest in 2018 to focus on sourcing and originating complex and traditional secondaries private equity deals. He joined from Teacher Retirement System of Texas where he was an associate portfolio manager, according to his biography on HarbourVest’s website.

Row joined in 2018 to work on global secondaries investments alongside the investor relations team, his biography notes. He joined after nine years with hedge fund Alpine Associates Management.

Deals the firm has backed recently include the €2 billion restructuring of PAI Europe V, a tender offer on Court Square Partners’ 2012-vintage fund and the restructuring of Bridgepoint’s crisis-era fund, Secondaries Investor has reported.

HarbourVest has more than 600 employees, including more than 125 investment professionals across Asia, Europe and the Americas.