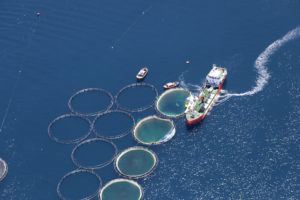 Portobello Capital has moved stakes in two portfolio companies into a €350 million continuation vehicle anchored by the Boston-headquartered secondaries buyer, according to a statement.

The main objective of the deal is to “promote the growth and internationalisation” of the companies. The five-year continuation vehicle will have an additional €100 million at its disposal to make follow-on acquisitions.

“Entering a new cycle in both companies shows that private capital supports long-term projects,” said Portobello partner Luis Peñarrocha in the statement. “We want to give stability and a new momentum to the growth and consolidation strategies that we started.”

Portobello Secondary Fund I is the product of a €400 million GP-led deal carried out in 2015. The deal involved the seven remaining assets in 2006-vintage Portobello Fund II being moved into a continuation vehicle backed by HarbourVest, which was an existing LP.

HarbourVest is currently deploying Dover Street X, which closed in October on $8.1 billion.

Portobello has €1.39 billion in assets under management, according to PEI data. It is Spain’s largest private equity manager by funds raised in the last five years, according to the latest PEI 300 ranking.