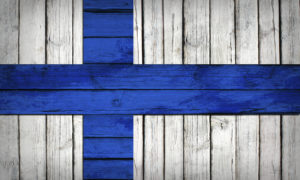 Helsinki-headquartered Varma Mutual Fund Pension Insurance Company, which has €44 billion in assets under management, sold parts of its interests in MML Capital Partners Funds V and VI to HarbourVest.

The deals closed on 26 May. Pricing details were not disclosed.

MML Capital makes equity and debt investments of between €10 million and €50 million in companies that want to carry out “expansions, acquisitions, recapitalisations and management buyouts”, according to its website.

The firm invests alongside management teams, generally taking non-controlling stakes, according to its website. Historically, 70 percent of its capital has gone into debt, with the balance going into equity.

Fund V, which launched and closed in 2011, raised €252 million, according to PEI data. Investors include the European Investment Fund, with a €10 million contribution, and US foundation Fund for Wisconsin Scholars.

Fund VI, which closed on €438 million in March 2016 after 17 months of fundraising, attracted investors including the European Investment Bank, with a €60 million commitment, Boeing’s corporate pension fund and Baptist Foundation of Oklahoma.

Varma, which was established in 1998, had 7 percent of its assets invested in private equity as of 31 March, according to its latest interim report.