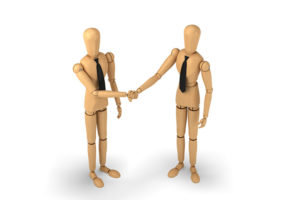 Demetrius Sidberry has been promoted to managing director, according to a statement. He has been with the firm since 2011 and has been a principal since 2016, according to his LinkedIn profile.

Between 2016 and 2018 he was head of investor relations, managing investor communications before and after the firm’s 2017 initial public offering.

Ryan Smith has been promoted from vice-president to principal, the statement noted. He has been with Hamilton Lane’s secondaries team since 2016. Prior to that he held roles with California-based CVF Capital Partners and Cambridge Associates, among other firms.

Both are based at the $66 billion investment manager’s Bala Cynwyd, Pennsylvania head office.

In January, Secondaries Investor reported that the firm’s EMEA head of secondaries and co-investments Richard Hope had been promoted to the head of all EMEA operations. Hamilton Lane’s secondaries team is led by Tom Kerr.

In November, the firm held a $1.1 billion second close on Hamilton Lane Secondary Fund V. Secondaries Investor reported in December the year prior that the firm was coming to market targeting $3 billion for the fund. Investors include Public Employee Retirement System of Idaho, which committed $50 million, according to Secondaries Investor data.