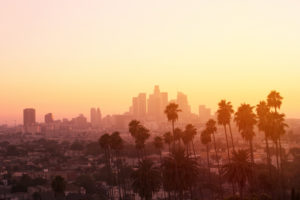 Goldman Sachs Asset Management has emerged as lead buyer on a single-asset process focused on one of the world’s largest talent agencies.

The asset manager is one of a group of buyers seeking to move Creative Artists Agency into a continuation fund to give backer TPG more time to manage the assets, according to two sources familiar with the matter. Neuberger Berman is another investor in the deal, Secondaries Investor and sister publication Buyouts understand.

Investors in the 2008-vintage TPG Partners VI would have the option to cash out of their exposure to the deal or roll their interests with the GP into the continuation fund.

The CAA process is likely to total more than $1 billion, Secondaries Investor reported in February.

CAA, formed in 1975, has represented heavy-hitting celebrities and sports stars including Beyoncé, George Clooney and Derek Jeter. TPG first invested in CAA in 2010 and boosted its stake above a majority hold in 2014.

Single-asset deals more than doubled in volume between 2018 and 2019, accounting for 20 percent of the $26 billion of GP-led deal volume last year, according to Evercore’s full-year 2019 volume report.

TPG Partners VI raised $18.87 billion against a target of $18 billion by final close in 2008, according to PEI data. Investors who backed the fund include the California Public Employees’ Retirement System, which committed $825 million, Canada Pension Plan Investment Board, which committed $750 million, and New Jersey Division of Investment, which committed $360 million.

The fund delivered a net internal rate of return of 10.2 percent and a 1.5x multiple as of 30 June, according to data from CalPERS.

This is at least the third GP-led process TPG has embarked upon. In late 2018, limited partners in the 2008-vintage TPG Asia V and the 2013-vintage TPG Asia VI were given the option to sell their stakes to a syndicate of buyers led by Lexington Partners, Secondaries Investor reported.

In July, Secondaries Investor reported that CPPIB was set to back a tender offer on TPG’s second growth fund.

TPG, Goldman and Neuberger Berman did not wish to comment. Park Hill did not respond to a request for comment.