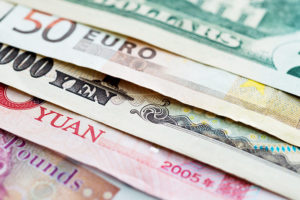 The Helsinki-headquartered asset manager has collected €40 million for eQ PE SF III, bringing the total amount of capital raised so far to €115 million, according to a statement. The fund is targeting €150 million and a final close in June.

SF III will invest the secondaries allocation of PE XII North, an eQ-managed private equity fund of funds that invests in unlisted small and mid-market growth companies in northern Europe, the statement notes.

That fund has held a second close on €157 million on the way to a target of €150 million. Up to a third of PE XII North can be invested in secondaries.

“Due to covid-19, private equity fundraising is expected to slow down overall,” said Staffan Jafs, eQ’s head of private equity. “Interest for the best managers, however, continues to be strong and eQ’s fundraising is a good example of that. Secondary transaction activity is increasing, providing interesting investment opportunities.”

Predecessor eQ PE SF II held its final close in 2018 on €135 million against an undefined target.

eQ Asset Management has €9.49 billion in assets under management, 40.3 percent of which is in alternatives, according to PEI data.