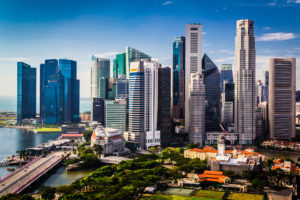 Evercore has bulked up its Asian private capital advisory team after appointing a managing director in the region in March.

The firm has hired Robin Seng as a vice-president in its Singapore office, according to his LinkedIn profile. He comes from Campbell Lutyens, where he was a senior associate. Prior to that he spent three years at Greenhill, where he was an associate.

A spokesman for Evercore confirmed the move.

In March, Evercore hired Shane Gong as head of its secondaries business in Asia. He was most recently Singapore head of CPE Capital – formerly known as CHAMP Private Equity – responsible for regional direct growth and buyout investments, investor relations and fundraising.

The appointment of Seng brings the size of Evercore’s Asia team to three, Secondaries Investor understands. He started at the beginning of June.

Asian sellers accounted for 22 percent of total global deal volume in 2019, compared with 10 percent a year prior, according to Evercore’s latest annual secondaries report.

Among the deals to emerge from the region was the sale to Ardian of $5 billion of private fund stakes by Japan’s Norinchukin Bank, the largest-ever secondaries deal.