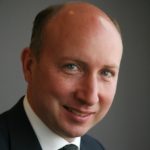 Deutsche Bank Asset Management is preparing to rebuild its secondaries investment business and has hired Credit Suisse’s global head of secondaries advisory to lead the effort.

Mark McDonald, who has been with Credit Suisse’s private fund group since 2013, will join the investment bank later this month, according to three sources familiar with the matter. McDonald will be London based.

It is unclear how many staff Deutsche plans to hire for the effort and whether it will solely focus on secondaries.

Credit Suisse’s secondaries advisory team includes directors Chris Areson and Jonathan Abecassis, who assumed the responsibility of the Americas, and EMEA and Asia respectively from McDonald earlier this year, according to one of the sources. The secondaries advisory unit is part of the private fund group, which is jointly led by Michael Murphy and Kevin Naughton.

The private fund team has made a series of hires in recent months and is set to add a senior secondaries advisor at its New York office in the coming weeks, one of the sources said.

Bloomberg first reported that Deutsche had hired McDonald for the push.