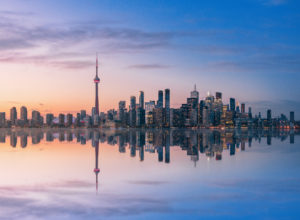 The Toronto-headquartered pension made C$0.7 billion ($0.5 billion; €0.4 billion) of secondaries investments across six deals in the 12 months to 31 March, according to its latest annual report.

This compares with C$5.5 billion during the last fiscal year, which was a 31 percent jump on the C$4.2 billion it invested the year before.

The pension giant cited “two very active deployment years and a cautious market outlook” as the reasons for moderating its investment pace.

CPPIB also executed the full or partial sale of C$2.5 billion of limited partnership stakes across five transactions. The portfolios were centred around older vintages, the report noted.

Secondaries Investor reported in April that CPPIB had sold a portfolio to Ardian and Lexington Partners in a process managed by Evercore. It is understood the portfolio was worth almost $1.9 billion.

Investment highlights include LP portfolio transactions worth C$420 million, a C$280 million tender offer on TPG Growth II and a C$180 million structured transaction to provide liquidity to a large US fund of funds manager, the report noted.

CPPIB’s secondaries portfolio was C$7.9 billion in size at the end of March, compared with C$8.6 billion the prior fiscal period. The decrease was driven by C$2.8 billion of distributions, partly offset by C$1.6 billion in net invested capital and C$500 million in foreign exchange gains. Unfunded commitments were C$2.9 billion, unchanged from 31 March 2018.

CPPIB’s private equity unit, comprising direct investing, funds and secondaries, increased its asset base to C$94.6 billion from C$87.7 billion at the end of the last fiscal year. Actively managing the unit’s mature private equity portfolio is among its stated priorities over the medium term.

– This report was updated with details of CPPIB’s sale to Ardian and Lexington Partners.