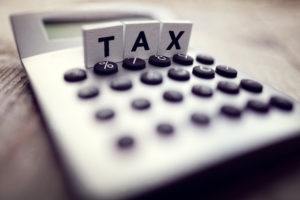 When examining tax issues in GP-led secondaries processes, it is important to distinguish between fund-level and asset-level transactions as the two attract wildly differing tax considerations. GP-led deals at the fund level include tender offer processes, in which a manager arranges for a secondaries buyer to acquire fund interests of any of its LPs who wish to gain liquidity, as well as strip sales in which a buyer acquires a slice of fund interests from LPs.

The biggest tax issue affecting fund level transactions is effectively connected income. ECI means non-US sellers of stakes in limited partnerships that have exposure to a US trade or business – even as little as $1 – can be subject to a 10 percent withholding tax on their realisation. What’s more, the onus to withhold the tax rests with the buyer.

In other words, anyone buying a stake in a fund will need to seek assurance from the seller or the GP, often in the form of a certificate, that no assets are exposed to the US, or if they are, be prepared to withhold 10 percent of the purchase price for the US Internal Revenue Service.

“The measure has the potential to significantly change the way in which buyers and sellers approach the sale of a partnership interest in a fund that conducts business in the US,” says James McCredie, a partner at law firm Macfarlanes. McCredie says he has seen the issue of ECI almost scupper secondaries deals due to parties involved taking strong views on the issue.

In asset-level deals such as fund restructurings where a portfolio company or companies are moved from an existing vehicle into a continuation fund, a key point is to avoid crystallising a capital gain or loss, which could trigger tax issues, says Gabriel Boghossian, a partner at Stephenson Harwood. Structuring a deal so that an investor goes from holding its economic exposure via one vehicle to another without it being considered a realisation event is crucial, Boghossian says.

In the UK, carried interest gained on assets held for longer than 40 months may be treated as capital gains rather than income. In the US, the period is three years. McCredie says ensuring that fund restructurings are structured so they do not cause a GP’s carry to lose its capital gains tax treatment is something managers will want to pay attention to. “People quite often find that by restructuring into a new limited partnership, you might inadvertently have destroyed your carried interest tax treatment and made it all income,” he says. Such cases could arise if a GP does not intend to hold onto assets via the new structure for longer than required to be considered a capital gain.

In addressing such issues, GPs should also take care not to end up with the interests of the carried interest holders being at odds with those of the LPs. “There are a lot of tax pitfalls around ensuring that you preserve capital treatment for your carried interest,” McCredie warns. “Don’t trip into it being taxed as income and don’t trip yourself into a dry tax charge.”

Complex tax issues can also arise from a difference in jurisdictions. A US fund may have been originally structured with US LPs in mind, and a European buyer coming into that structure may have to deal with issues such as ECI and Foreign Investment in Real Property Tax – which imposes US income tax on foreign persons selling US real estate – as well as US tax filings and charges. Similarly, a European fund structured with European LPs in mind could cause tax headaches for a US buyer, particularly if that fund has invested in US assets.

“There is usually a way through, but what happens in the process is people run an auction, pick a bidder at a price, and then discover, hold on, there’s all this spaghetti that needs to be sorted out,” McCredie says.

Ultimately, managing and budgeting for unavoidable tax issues is key to ensuring GP-led deals close in a timely fashion.