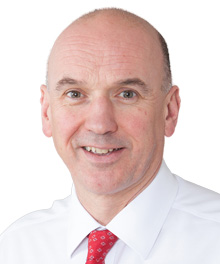 With the referendum on the UK’s membership of the European Union around the corner and non-traditional US presidential nominee Donald Trump dominating headlines, private equity investors are concerned about political risk. Graham McDonald, head Aberdeen Asset Management‘s private equity business, which focuses on buyout, secondaries, mezzanine and direct co-investments, tells sister publication Private Equity International how the asset class is affected by these political uncertainties.

Have you noticed changes in private equity as a result of the upcoming “Brexit” referendum?

We’re in an environment where political risk is back on the agenda. In the past, it was perhaps ignored or not seen as mainstream. There’s definitely more due diligence being done on transactions, resulting in a longer period for transactions to proceed. There’s an element of the unknown in Europe, with perhaps more chance of the referendum resulting in a vote to stay in Europe rather than to exit. Europe’s perhaps woken up to the implications of Brexit.

But this challenging macro environment doesn’t seem to have disrupted fundraising, which has been very successful across the private equity spectrum. Distributions are exceeding previous levels and there’s still a huge amount of capital looking to invest. We don’t detect any disruption to that, and the disruption we are seeing [in investment] is healthy. [It shows] GPs [are] trying to be more selective with opportunities. There’s never been a better exit environment and the expectation [from LPs] remains for [GPs to select] quality assets. Overall GPs are maintaining their discipline and focus.

How about in the US with the upcoming presidential elections?

The presidential race started with the assumption that Trump would fall out, but from my US colleagues and US investors, I’ve seen a level of astonishment with the situation that has developed – almost disbelief. There is some hesitation, as in Europe, in terms of investing, but not to the same degree. Political risk is back on the agenda like it was four or five years ago, with some chatter around the taxation of carried interest. I would suggest that we are in an era of caution.

When was the last time we were in this sort of environment?

With the potential impact of legislations and regulations, political risk should always be a factor. An element of that changed with the advent of social media, technology, and the need to be more transparent. There’s a new level of accountability that goes with that.

Private equity is pretty much a mainstream asset class now; it should be treating its customers fairly. Let them understand the level of fees at the underlying investment level and at the fund level.

We probably didn’t have that level of scrutiny before. Is this the function of a maturing asset class or of regulators taking greater interests? It’s a combination of both. Private equity has shown that it’s an adaptable, nimble asset class, taking advantage of the low-interest rate environment and of the fantastic exit environment.