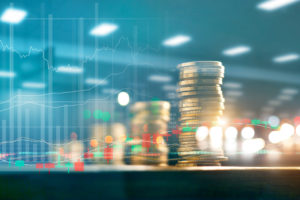 Blackstone’s Strategic Partners is seeking around 40 percent more for the target of its latest secondaries fund compared with its predecessor, Secondaries Investor has learned.

The private equity firm’s secondaries unit is targeting $8 billion for Strategic Partners Fund VIII, according to a source familiar with the matter.

The fund’s hard-cap is unclear.

The firm’s last flagship fund hit final close in January 2017 on $7.5 billion after around 15 months in market, beating its $5.75 billion target, according to PEI data. Investors in the fund include Pennsylvania Public Employees’ Retirement System, which committed $250 million and North Carolina State Treasury, which committed $50 million.

In April Strategic Partners raised $1.75 billion for its second real assets secondaries vehicle, the largest pool of capital ever raised for the strategy, Secondaries Investor reported.

Fundraising for private equity secondaries has had been lively so far this year, with Lexington Partners seeking $12 billion for its ninth secondaries fund and while Coller Capital targeting $9 billion. Ardian is also expected to return to market this year.

Secondaries funds raised $32 billion last year, nearly double the $17 billion they expected to raise in line with the 2016, according to Campbell Lutyens’ 2018 Secondary Market Overview Report.

“Taking this trend into consideration, our prediction for capital raised in 2018 will be well north of the indications provided in this year’s survey, which was $12 billion, and could possibly approach 2017 levels,” the report concluded.